Fishing was critical for Indigenous people, and here salmon were especially vital. When there was fishing going on, everyone took part. The need for sustenance shaped the cultural practices: the men and boys catch the fish; the women and girls prepare the fish for either eating, or for short/long term storage.

Fishing tools that used by the Secwepemc people included the fishing basket, a single prong harpoon (Menip), and the dip net (Stukwtsen).

The single prong harpoon had an antler that was sharpened and attached to lightweight wood with hemp rope. The tip of the harpoon was meant to detach after being sunk into the fish, so the struggling fish would tire itself out, leaving the men and boys on the riverbanks safe.

The dip net was a traditional style net, except the mesh was made from hemp rope or twine. Dip nets were typically used as rushing water made it difficult to use harpoons or spears.

For fishing, birch bark canoes (Qweqwllillenllp) were widely used because they were light and sturdy. The bark canoes were made by stripping pieces of bark from a large tree of birch, spruce, white pine, or balsam. The bark strips were fastened to pliable wooden slat running the length and sides of the canoes. The seams of the canoe were covered for waterproofing. Finally, the floor was covered with fir branches for comfort. 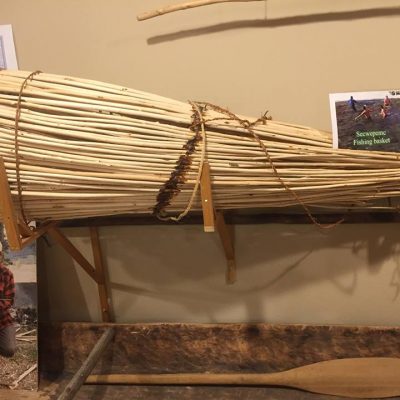 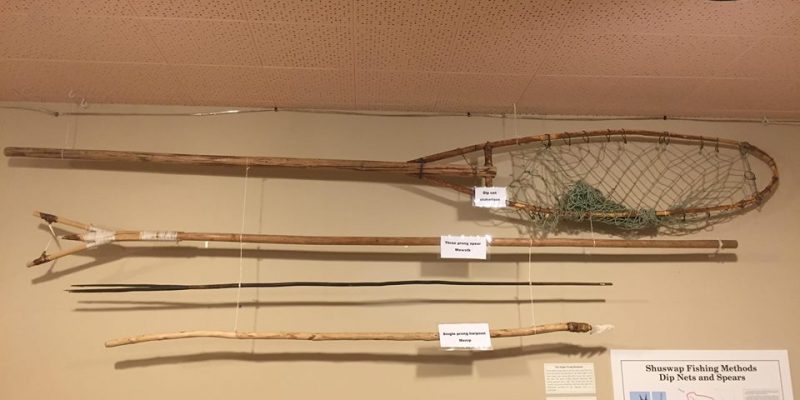 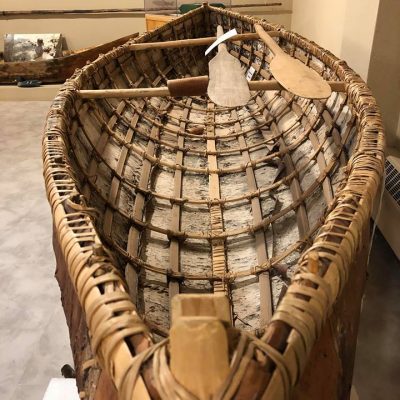 During the winter months, animals were hunted, trapped, and snared within short distances of the village. However, the men went on longer hunter trips for larger game. Back in the village the young boys were given small bows and harmless arrows so that they could practice and be prepared for future hunts.

Deer and other meat was eaten fresh, by roasting it over the fire. Smaller animals could be roasted whole, whereas larger animals were roasted in pieces skewered on sticks. The fresh meat was most often cooked by the men and the first meat of a hunt was eaten by the leader of that hunt. 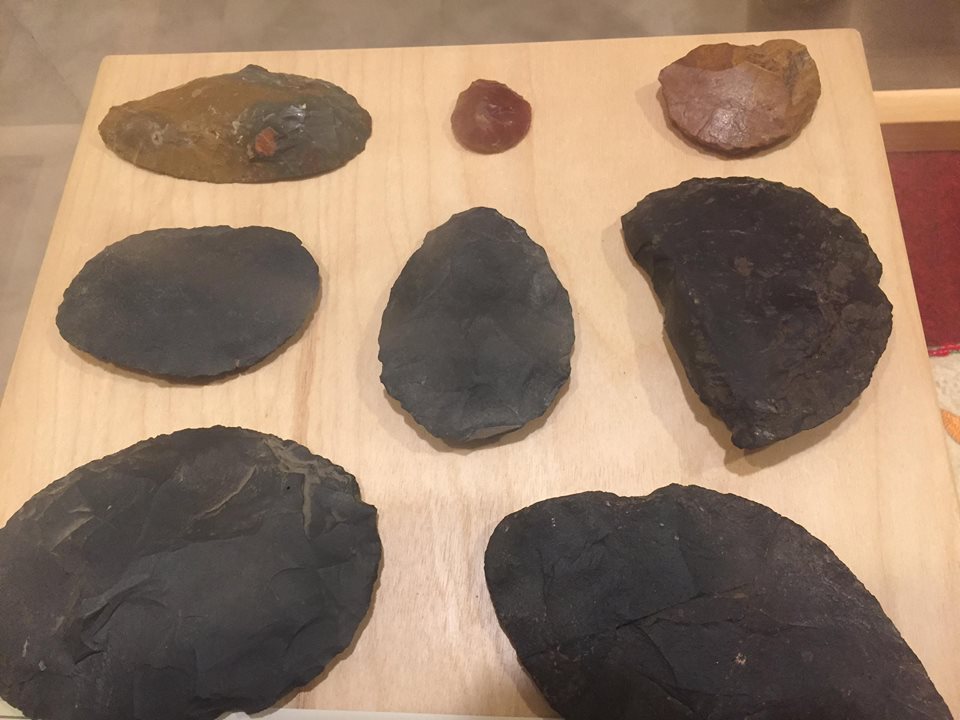 The indigenous people believed in minimal waste when it came to the animals they killed. The skin of the animals could be used for clothes, shoes, and blankets during the winter months, all the way down to the tendons and sinew, which could be used for making thread and strings for bows. For making clothes, scrapers were used to remove the hair from hides and soften them in order to prepare the skins for making clothes.

We would like to extend our thanks to the Secwepemc Museum for allowing us to use these photos and providing us with this information.